Disneyland rides found at Walt Disney World – are they the same or different, which park has the better version?  These questions and more answered in this post plus a FREE printable list for you to print at the end.

If you are typically a Disneyland guest and planning a trip to Walt Disney World, I have a list of rides which both parks have in common.  Some attractions are basically the same with a small difference.  But I’m going to break it down ride by ride so you can decide if you want to skip the ride while visiting WDW.  Many of the rides are classics and you may still want to ride them.  But if you find yourself in a time crunch I will suggest which ones you can skip.  I may even recommend if you’ve done the ride at Disneyland you don’t need to do it at WDW thus giving you time to explore things we don’t have at Disneyland.  In this post I am only going to cover rides that exist at both Disneyland and Walt Disney World.

One thing you will find is the ride itself might be basically the same, but the queues in WDW in general are better.  The parks in Orlando are bigger and have more space to build queues.  Longer lines at WDW require longer queues with more shade.  And if guests are going to be in line longer they need more exciting things to look at and entertain them while in line.  So even if a ride is the same you might consider going on the ride just to see the elaborate queue.

For all you old timers like me who remember Disneyland as a kid I will be sure to mention the attractions that used to be at Disneyland and have made a permanent home at Walt Disney World.  These are rides you won’t want to miss.

What rides are the same at Disneyland and Walt Disney World?

Here’s a list of rides in each park, categorized by land. Use this list to decide which attractions you might choose to skip based on the info below. You will see an * (asterisk) by the rides you could skip if you’re under time constraints. At the end of this post I will include a printable list you can take with you on your trip. 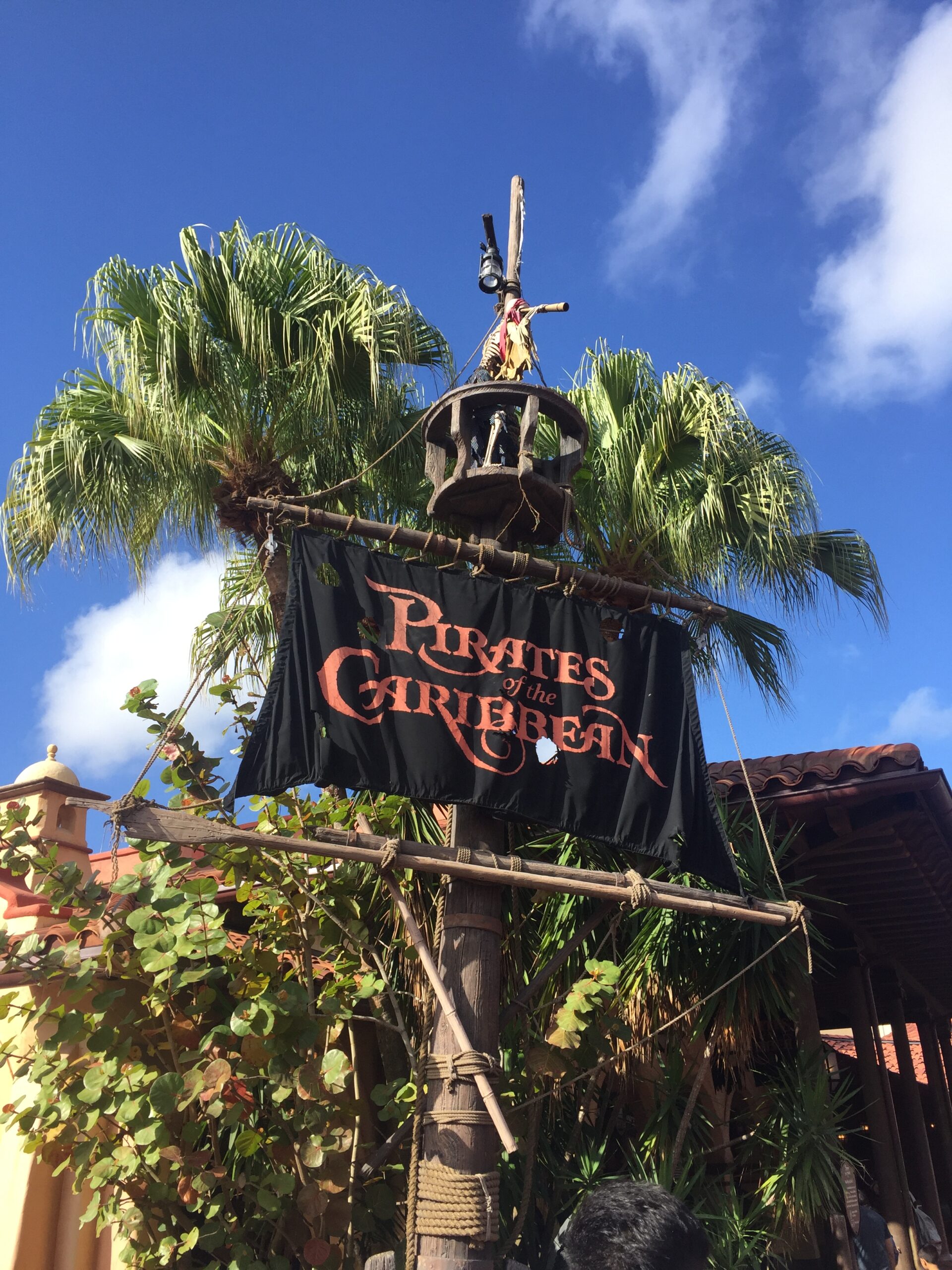 Two other SAME but DIFFERENT things

Lastly there are 2 other things worth mentioning that are very different from Disneyland.  If you’ve seen Fantasmic at Disneyland and loved it then you don’t need to see it in Hollywood Studios.  The show is not as great in the stadium where the show is performed.  Compared to the show at Disneyland it’s disappointing.

The castles are different as well.  The castle at Disneyland is Sleeping Beauty’s castle and Magic Kingdom’s castle is Cinderella’s.  Disneyland is home to the original castle and the Magic Kingdom castle is much bigger.  Also at Disneyland anyone can walk up inside and through the castle, but at Magic Kingdom guests are not allowed inside unless you are eating at the restaurant in the castle.  At the Magic Kingdom they have a Princess dining experience inside the castle.  But you can only go inside if you have dining reservations for Cinderella’s Royal Table.  So make sure you snag one of the hardest dining reservations to get as soon as you decide you’re going if that’s important to go inside the castle.

I hope you found this information helpful if you’re a Disneyland regular heading to WDW!  Now these are my opinions but I tried to give a fair comparison of the rides.  I am happy to answer any questions you may have about traveling to Walt Disney World.  If you’re looking to book a trip to Walt Disney World check out this post where I explain the best way to save money and how to book a trip.

Below is a FREE printable list you can use to help you navigate on your trip.  It’s a summarization of all that you read above.  Print this list, then decide which rides you must do on your trip.  Keep the list handy so you know which ones you can skip if you run out of time.  This printable is for personal use only. 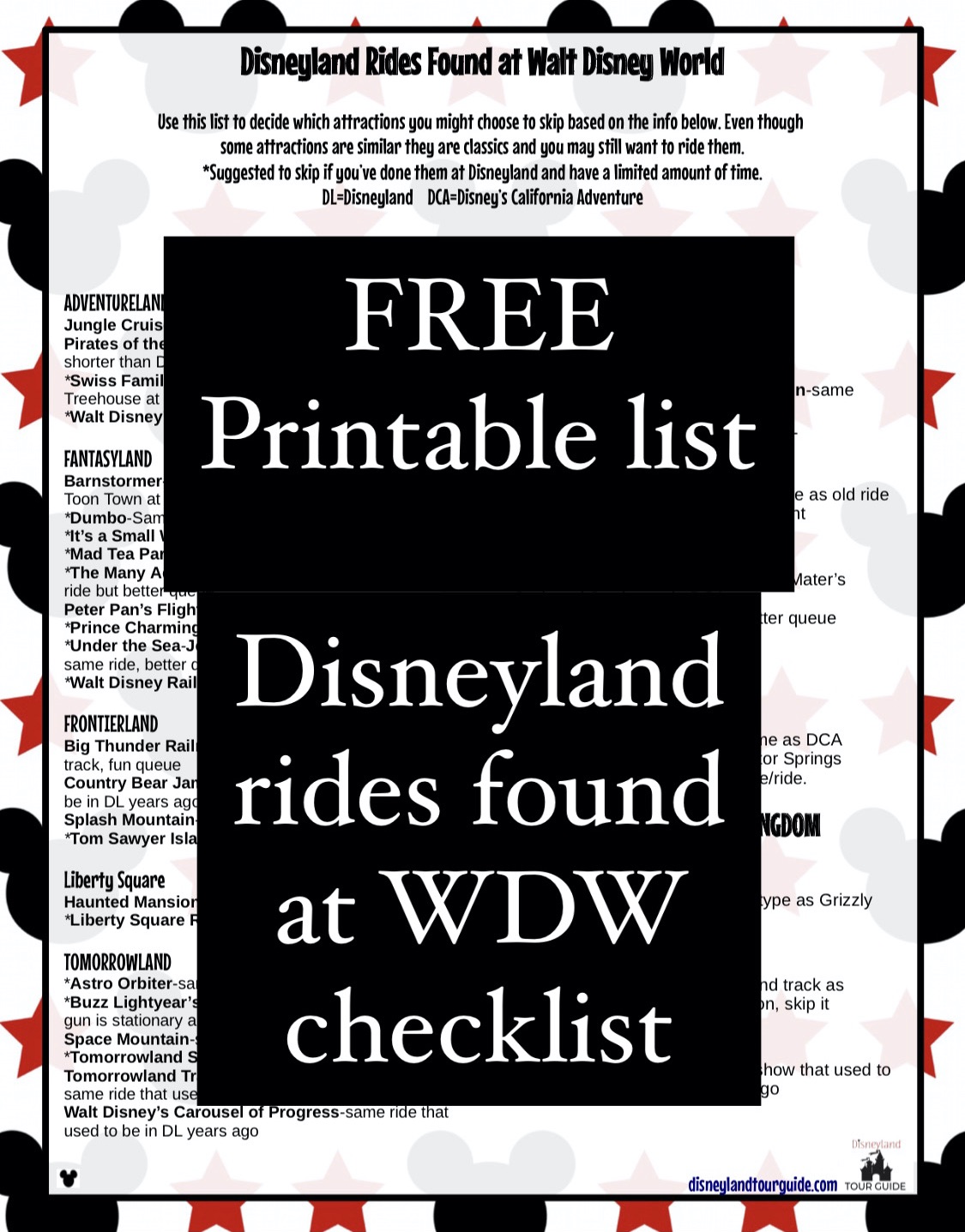 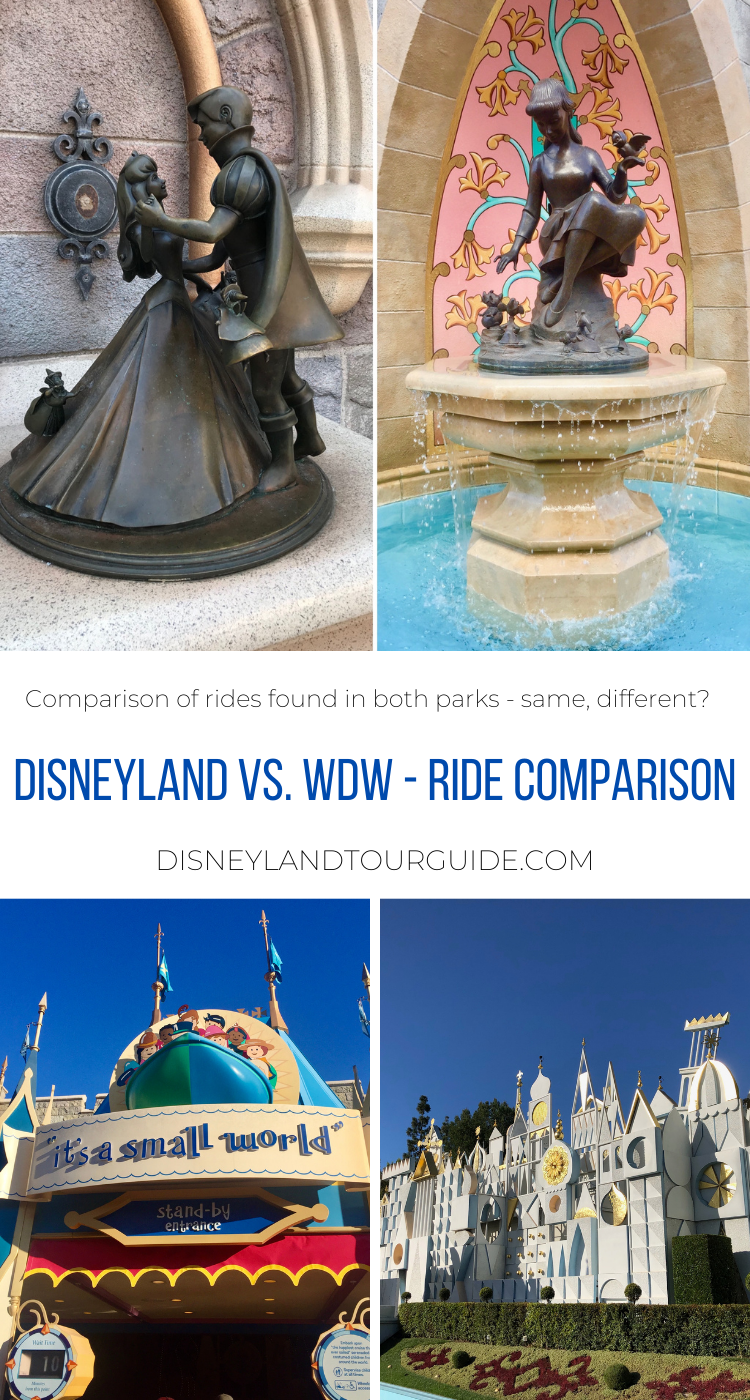 Food and Wine Festival at Disney California Adventure everything you need to know!

Everything you need to know about the annual Food and Wine Festival at Disney California Adventure including food, entertainment and...

How Disney Genie+ works at Disneyland, everything you need to know!

Everything you need to know about how Disney Genie+ works at Disneyland, the new option to save you time and...

The Christmas holiday food guide 2021 at Disneyland is full of treats, entrees etc. plus Festival of Holidays in Disney...

Christmas time at Disneyland is the MOST magical time of the year. And finally we get to see a parade,...

It’s time to say goodbye to FASTPASS, FastPass+ and MaxPass at WDW and Disneyland.  Disney Genie a new digital tool...

Food and drinks available year round at Disneyland plus printable lists of food, breakfast, drinks, kids meals and allergy friendly...

Major differences between Disneyland and Walt Disney World you should know before you go!

The Anaheim Hotel only a few steps from Disneyland

Hello and welcome to my page where I share tips, information, strategies, news, events and more mainly about the Disneyland Resort. Growing up my grandparents owned a travel agency. I watched my grandmother plan and lead tours all over the world. Between her and my mother, I learned the importance of planning before you go on a trip to make the most out of your time. While my main focus is Disneyland you’ll find info about other Disney parks and Disney cruises too!
If you’re overwhelmed or need help planning your trip I offer customized touring plans.

Disneyland entertainment returns what to expect, tips and more!

Food and Wine Festival at Disney California Adventure everything you need to know!

How Disney Genie+ works at Disneyland, everything you need to know!